This one day Kampala city tour, you will certainly have a great opportunity to explore what Kampala city offers. The tour will either begin within Kampala or at Entebbe. Kampala city is not only located within the heart of Uganda but also its known as Uganda’s capital and biggest city.  The city roughly hosts two million people by day and 1 million people during night. The city is located on twenty-seven hills although it was originally built on seven hills just like Rome. The hills were of historical, colonial, and religious significance. 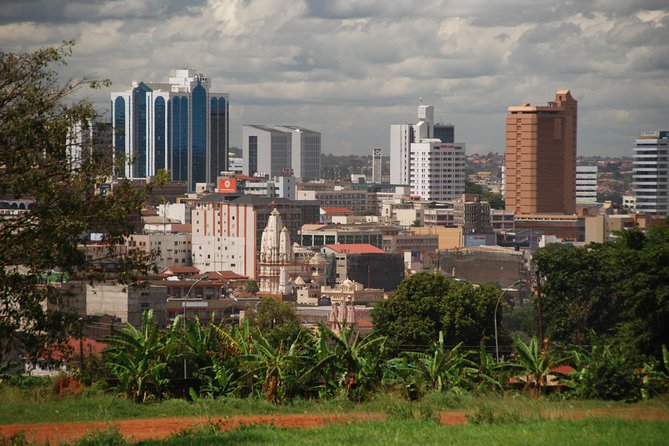 The seven hills for example the Makerere hill where the Makerere University sits, Kololo Hill the colonial directorial hill, Rubaga Hill the home to Catholic church Cathedral, Namirembe Hill. Where the Anglican church Cathedral is located. Mengo Hill which is known as the Kabaka’s administration center. While Mbuya Hill where the biggest army barracks is located and the Kibuli Hill known as the Islam center. Kampala is also regarded as one of the safest Uganda cities. Additionally,with no hassle directed to tourists but also like any major city, you are recommended to take care of your belongings.

However, Kampala city cannot be toured in one day. You may choose the sites of most interests depending on the distance between them and the traffic in the city. Kampala city is surely known as the city that never gone to sleep. It has very so many night clubs and people can party day. And at night,  it’s known as the capital of hanging out in east Africa. In case you are interested, you can opt for a Kampala city night tour and  you can also request this from your tour guide.