Arusha National Park lies between the peaks of Mount Meru and Mountain Kilimanjaro. It covers a total area of 137 square kilometers and ascends from 1500m at Momella to 4566m at the summit of Mount Meru. It contained Ngurdoto crater and Momella lakes until 1967 when Mountain Meru was declared part of the park.

The Park’s flora and fauna vary with its topography that ranges from forest to swamp. It is best to visit during the dry season from July – March and the best period to climb Mount start from June to February.

Arusha National Park hosts a diverse population of herbivores, predators and primate species. Some of these species are baboons, elephants, giraffes, buffaloes, leopards, hippos, hyenas, warthogs, black and white colobus monkeys, waterbucks and a range of antelopes. There are no lions in the Park.

During a walk through the picturesque landscapes, forest moorlands, lava desert and plains on the Mount Meru sector of the Park, you are advised to be with an armed park ranger to protect you from the dangerous wild animals. From the summit of Mount Meru, you will admire the scenic views of the crater and the eruption cone.

Aside from the Wild animals, Arusha is known for its abundant species of birds. There are over 400 species including the migrant and resident species. Some of these species are hamerkops, spur-winged gooses, herons, woodpeckers, grey parrots, secretary birds, and red sharks.

What to do in the Park.

This natural wonder is located in Arusha National Park just a short distance on the slopes of Mount Meru. It is surrounded by lush greenery that is filled with trees that are attractive to most tourists. 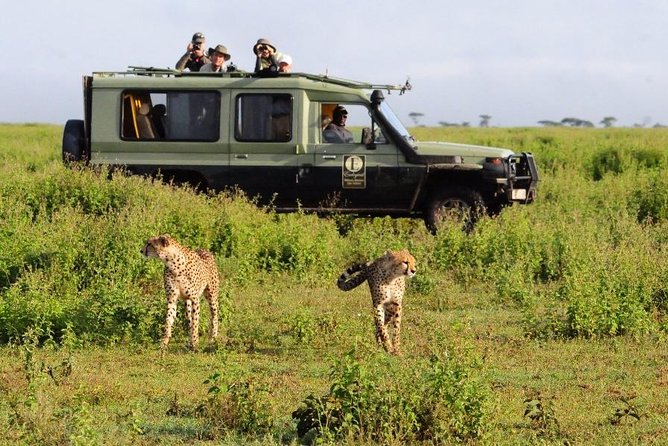 With its variety of Wildlife, Arusha National Park is a must for game viewing. It tempts tourists with views of giraffes, cape buffalo, Zebra, warthogs, blue monkeys, flamingo, elephants, lions, black and white colobus monkeys to mention but a few. Apart from wild animals, the birdlife in the forests of the park is amazing. You won’t fail to see some of the 400 bird species recorded in the Park. Common species in the Arusha include bar tailed trogon, Narina trogon and more.

These shallow alkaline lakes are seven in number including Kusare, Rishateni, Lekandiro, Tulusia, El kekhotoito and Momela. Of all lakes, Momela is the biggest. Located in Arusha National Park, these seven lakes are fed by underground water sources and each lake supports a different type of algae growth. Waters in these lakes are not utilized by animals because there are alkaline but attract a variety of African birds.

Surrounded by riverine forest, Ngurdoto Crater floor is a lush swamp and steep sided bowl in Arusha National Park. It stretches three kilometers, with its numerous animal trials, this natural wonder provides a natural sanctuary to plenty of wild animals like African buffalo, elephants, variety of monkeys, baboons and a plethora of birds such as herons, hamerkop and spur-winged geese. Zebras are encountered in Serengeti Ndogo, an extensive grassland in the western side of the crater.

Mount Meru is the fifth highest mountain in Africa and the second highest peak in East Africa. It’s part of Arusha National Park and offers great hiking adventures in Kenya. Its rewarding climbs is the reason for a number of Mountain climbers to Arusha National Park. The best-recommended package is a four-day hike up to the top and offers spectacular views of picture-perfect landscapes and wild animals.