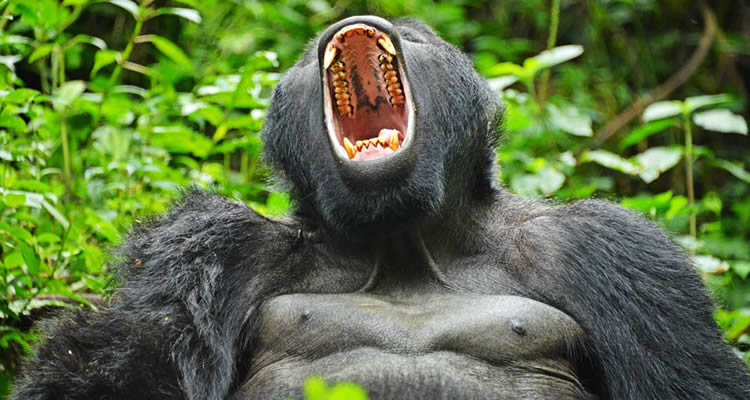 This is another exciting Park to go for adventure while in Uganda. It is among the two known Gorilla hosting destinations in Uganda with Bwindi Impenetrable National Park.

These two amazing destinations have done a great role as far as boosting Uganda’s tourism. Through exposing it to the World as one of the best destinations to go. Since there are listed among the great of top five National Parks which provide habitat to the species of Gorillas in the World.

Wide variety of Gorilla species is the main reason why Uganda is receiving huge percentage of different tourists from different countries of the World. It even mostly gained momentum when the nearby Rwanda increased its permits from $750 USD per person to &1500 USD per person.

Uganda is ranked to be habiting the biggest percentage of the World’s remaining Gorilla population. With almost half of it in its two already mentioned destinations.

Besides Mountain Gorillas, Mgahinga Gorilla National Park is known to be the only Park in Uganda. Providing habitat to species of the old World monkey family popularly known as Golden monkey primates.

Traveling from Kampala by road, the Kampala-Masaka-Mbarara highway is the best route of reaching this park in Western Uganda. Including a stopover at the equator for some briefing about it, photographs, and snacks after of which you will continue with the Journey.

Lunch is usually provided en-route in Mbarara town. And after continues up to the Park for check-in at the lodge.

What to see in Mgahinga

The most exciting species to see while in Uganda. Include the shy endangered ground-dwelling herbivores Mountain Gorillas and Golden monkey primates.

Reptiles within the park include geckos, snakes, chameleon, and more plus different bird species. Which are recorded sightable within the Park including endemic and non-endemic species.

Activities are done in Mgahinga

The exciting activities done while in Mgahinga Gorilla National Park include Mountain Gorilla trekking which usually involves meeting with these apes in the Jungles for interaction after long-distance movements of searching, it’s usually done in a group of eight people plus the Park ranger guide and armed officers. gorilla trekking is so amazing, spending 1 hour with our gentle giants is one of the beautiful moments one should not love to miss.

Batwa trail experience is another activity to participate and for this, it involves visiting the Batwa people in their local communities and meet for interaction, the experience of their way of living, entertainment like cultural performances and more.

Mgahinga National Park in southwestern Uganda is situated with different accommodation facilities ranging from camping to self-contained rooms which are reserved for tourists to stay at affordable prices for specific days of exploration. there are various lodges in Mgahinga where one can have an overnight from these include

Mgahinga has got 1 gorilla family, with 8 permits available each day

Nyakagezi—has 10 members who are quite big in size.

The Gorilla trekking rules prepare you for Gorilla trekking and gives you guidance on conservation of the mountain Gorillas. Gorilla permits can be obtained at the UWA headquarters in Kampala-Uganda’s capital city.