Murchison Falls National Park, This is another stunning Park to go to particularly for tourists interested in Wildlife and nature; it’s recorded with a great list of different Wildlife species offered plus its sparkling and great flowing falls which attracts in more tourists from different countries of the World, this park is mostly liked for holiday vacations.

Among the top ten listed National Parks to go for adventure while in Uganda, Murchison Falls National Park is ranked to be the largest covering a total area of 3983km2 including both land and water areas.

How to get to Murchison Falls National Park?

Planning for a rewarding visit to the amazing Murchison Falls National Park in the North-Eastern part of Uganda, traveling by road transport means from Kampala using suitable 4×4 wheel drive Safari Jeep, Kampala- Masindi- Gulu highway is the best-recommended route of reaching this Park.

An en-route stopover in Nakitoma- Nakasongola district is included for a visit to the exceptional Ziwa Rhino Sanctuary for Rhino tracking session which goes for about one hour at a cost of $45 USD per person.

After this exciting one-hour session in Ziwa, the journey is continued up to the Park, lunch is provided en-route in Masindi town or even you can have it in Ziwa before setting off for the amazing journey to the gates of the Park.

This Journey is exciting, characterized by en-route sightseeing of different landscapes, grasslands, Savannah, and more. It takes about 6-7 hours for the drive from Kampala to Queen Elizabeth National Park depending on speed used, traffic along the way, nature of climatic conditions, and en route stopovers included.

If you are such a person who is not used to long-distance drives then air transport is your best and the only option available to go, for all visitors to this magnificent Park by air means always private charters are arranged from Kajjansi airstrip or Entebbe airport to Pakuba airstrip in the Park.

What to see in Murchison.

Murchison Falls National Park is recorded with a variety of different Wildlife species of which most of them are tourists’ favorites and that’s the main reason to Murchison’s receiving huge numbers of tourists per year. 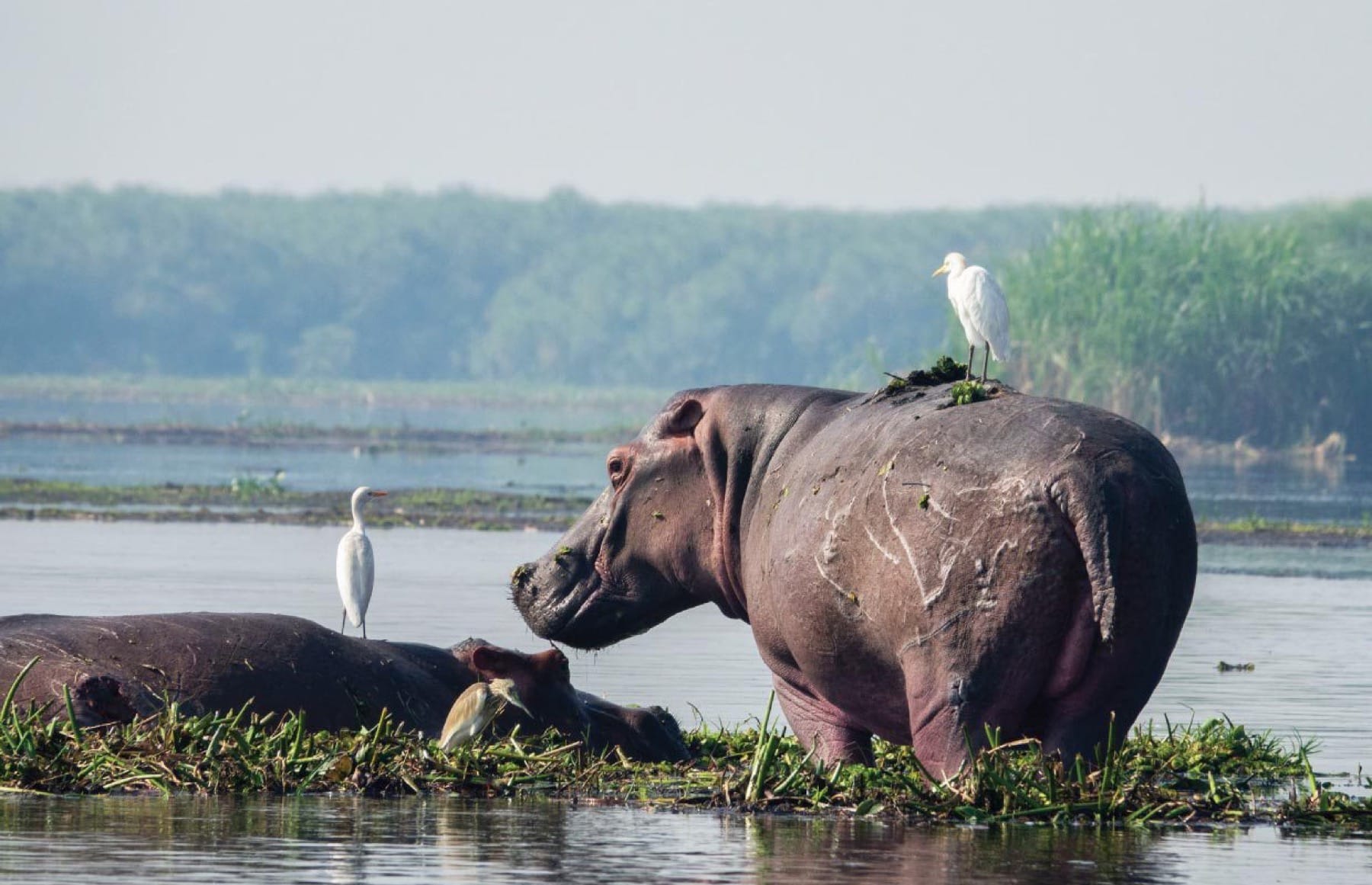 Some of the most prominent things to see while in Murchison include the great flow of these falls, different Wildlife species which include Wild animals like Giraffes, Buffaloes, Elephants, Lions, Cheetah, Spotted hyenas, Forest hogs, Warthogs, Reed bucks, bush pigs, bushbucks, Antelopes and more.

What to do in Murchison.

Some of the exciting activities to while in this Park include game drives around the park which involves driving around the Park following the legal trails using suitable pop-up roof Safari jeep with the main interest of sighting different Wildlife species particularly Wild animals.

Other activities to do include launch trip cruise from the top of the falls to the bottom, Volcano hiking, climbing from bottom to top of the falls, white water rafting, Chimpanzee tracking, and Bird watching.

Murchison Falls National Park is a place of no worry when it comes to Wildlife because this park is situated with different accommodation facilities reserved for tourists and other visitors to the Park to stay at affordable prices. These facilities are categorized into three including a budget, mid-range, and luxury facilities characterized by good services offered.to mention some of the accommodation options include;