Situated in Central Kenya just in the Eastern Arm of the Great East African Rift Valley, Aberdare National Park is a protected area in the Aberdare mountain range. It covers a total area of 766 square kilometers and was established as a full National Park in 1950.

This Park specifically  lies at an altitude that ranges between 2000m – 4000m. Its beauty is formed by a range of beautiful landscapes that include majestic mountain peaks, waterfalls, bamboo forests, rainforests, Moorland, and the deep v-shaped valleys that are intersected by streams and rivers

Rainfall occurs throughout the year and precipitation vary according to region. It’s 1000mm on the northwestern slopes and 3000mm in the southeastern part.

African golden cat and the bongo are rarely seen. If you are after the common eland, and serval cats, you can easily find them in the higher moorlands. This park as well play hosts large numbers of Eastern black rhinoceros.

Aside from Wild animals, Aberdare is inhabited by over 250 species of birds. Some of these are the endangered Aberdare cisticola, sparrow hawk, African goshawk, sunbirds, plovers, and African fish eagle.

How to get there.

You have two options to choose from. Either go by road means or plane. By road, the park can be reached on a tarmac road from Nyeri and Naro Moru on the eastern side. It is about 160km from Nairobi.

This road crosses the park to connect with another road from North Kinangop and Naivasha. The major towns where you can base include Nyahururu, Nyeri  , and Naivasha.

What to do in the Park

Aberdare is a paradise for bird watching. Birders usually see their favorite species of birds while on game drives, nature walks or hiking adventures. The most common birds in this park are the sunbirds. 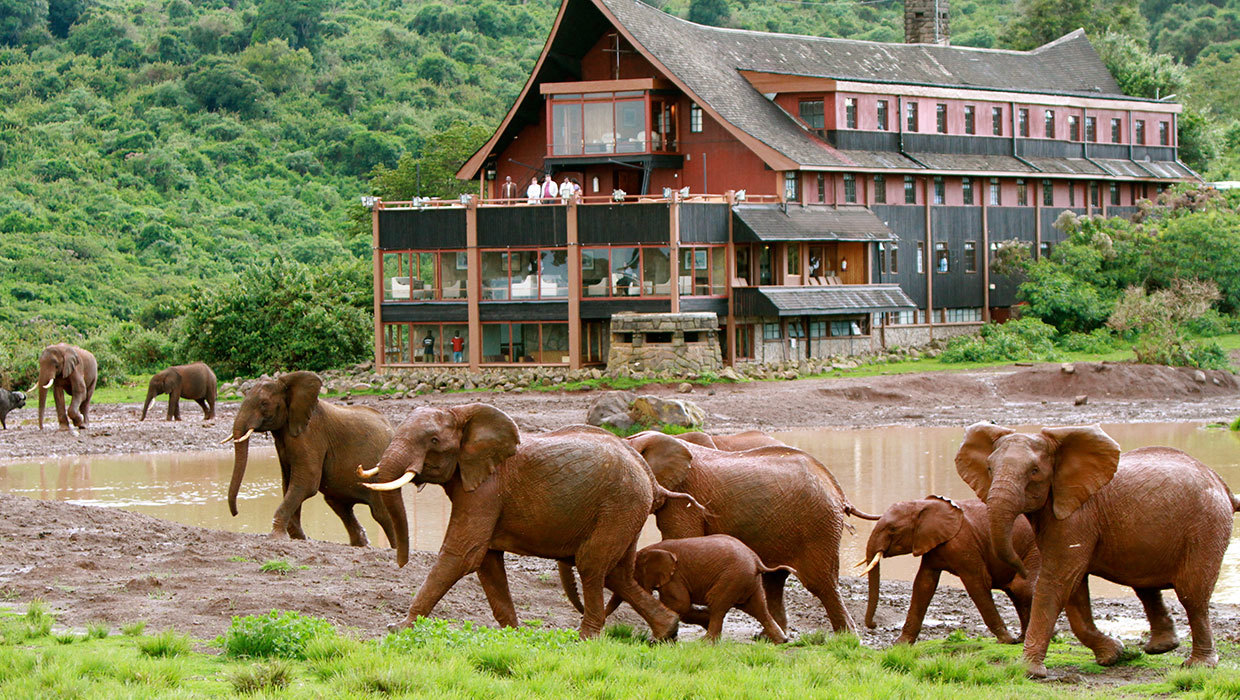 If you are up to Aberdare’s Wildlife, then Game driving is for you. Offered in a 4×4 Safari vehicle with pop up roof, this excursion can be done during the day or at night for lovers of nocturnal species.

This is how it’s done for those who are after night game drives. Once the animals visit the water holes, a bell will ring in the visitors’ rooms reminding them to be set for the night drive.

Aberdare National park is located within the Aberdare mountain range, therefore hiking is no wonder in this protected area. Also known as Mount lesatima, Mount Satima is the third highest in Kenya and the best for hiking adventures in Aberdare National Park.

Another option is Mount kipipiri though it’s isolated in the wanjohi valley on the kinangop plateau. This mountain is detached from the main Aberdare range and sits between Mihara and geta-Bushi area.[/vc_column_text][/vc_column][/vc_row]